American elections produce winners and losers.  That's what democracy is all about.

For example, in 1860 with the election of Abraham Lincoln, the loser (ultimately) was slavery and the winner was the enslaved Afro-American community (again ultimately) and the American ideal of 'freedom and justice for all'.  In 1932, with the election of FDR, the loser was our plutocracy and the winner was the common man, who gained some protection from economic exploitation.

﻿﻿ So who are the losers and winners this year?  Here's my list:

MITT ROMNEY, who goes from the highest of highs to the lowest of lows.

SHELDON ADELSON, THE KOCH BROTHERS, THOMAS PETERFFY and other superrich conservatives who just threw a ton of money down the drain.  They probably would have lost a lot less just going along with a slight raise in the marginal tax rate.  LOL.

KARL ROVE, DICK MORRIS, AND THE ENTIRE FOX NEWS TEAM, who came across on election night as what they are: morons in an ideological Fun House of their own making.

PAUL RYAN, who is politically tainted now, through no real fault of his own (except perhaps for his decision to accept Romney's offer and put a muzzle on himself and his brain).

RUSH LIMBAUGH AND DONALD TRUMP, who just keep showing themselves to be obnoxious buffoons, unworthy of anyone's attention (except for a good laugh).

THE REPUBLICAN PARTY, which is now lost in the wilderness.  Necessary time of purging.

WALL STREET, because it will now be forced to attend the financial equivalent of AA and go on the wagon.  Dodd-Frank as tough love.

CLIMATE-CHANGE DENIERS, not because of Barack Obama but because of Hurricane Sandy, Chris Christie, and NY Mayor Bloomberg.

THE TEA PARTY, which continues to suffer defeat after defeat, but seems clueless as to why.

BARACK OBAMA, whose place in history as a significant progressive--and first Afro-American--President, should now be assured.

THE MIDDLE CLASS, which has been really struggling for more than 30 years now.

THE MORMON CHURCH, because one of its devout followers ran for President and it wasn't held against him by either the Fundamentalists or the Liberals.  Jon Huntsman, you're next!

THE DEMOCRATIC PARTY, which is a pathetic political party, except the others are all worse.  Lesser evil.

WOMEN, whose political, civil, and personal rights are protected for another political season.

AFRO-AMERICANS, whose champion was reelected President, against some mighty large odds.

LATINOS, since this election almost guarantees that there will be a grand bargain on immigration reform in the very near future.

ISRAEL, who will now be forced to be more reasonable in their demands and not take America for granted.  And who knows, miracle of miracles, perhaps a grand peace will somehow result as well, though I'm not holding my breath.

CHANCES FOR PEACE ACROSS THE MIDDLE EAST, since we now have an experienced and respected President in charge of our foreign policy and as commander-in-chief.  Chances are not high, but they are higher than they would have been otherwise.

THE EARTH, which at least has folks in charge who take modern science and the environment seriously.

MEGYN KELLY, of FOX News for standing up to Karl Rove on primetime....way to go, girl!

BILL O'REILLY, for being skeptical before the election of all the ideological rantings of so many FOX News commentators (Karl Rove, Dick Morris, etc.).  O'Reilly can still be an ass at times, but he's becoming an ass that even a liberal like myself can like! 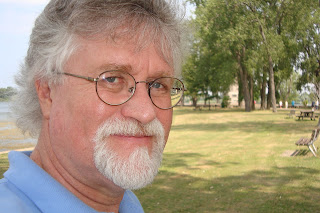 CARL LINDQUIST, this grumpy old man who, with a few others, stood alone on Facebook defending Obama against a horde of foes!!  We kicked some serious butt (and had a good time doing it--except after that damnable first debate)!   LOL

And the biggest winner of all was the AMERICAN PEOPLE, who made it through another democratic election without civil war.  May God bless us, forgive us, humble us, enlighten us, and grant us peace.
Posted by Carl Lindquist at 1:02 PM

Email ThisBlogThis!Share to TwitterShare to FacebookShare to Pinterest
Labels: 2012 election