Reading the most recent Time magazine and its article on Russia's Vladimir Putin reminds me that if it's objective facts and accurate context that you want, and not the White House/State Department/Wall Street line, then you are in the wrong place. 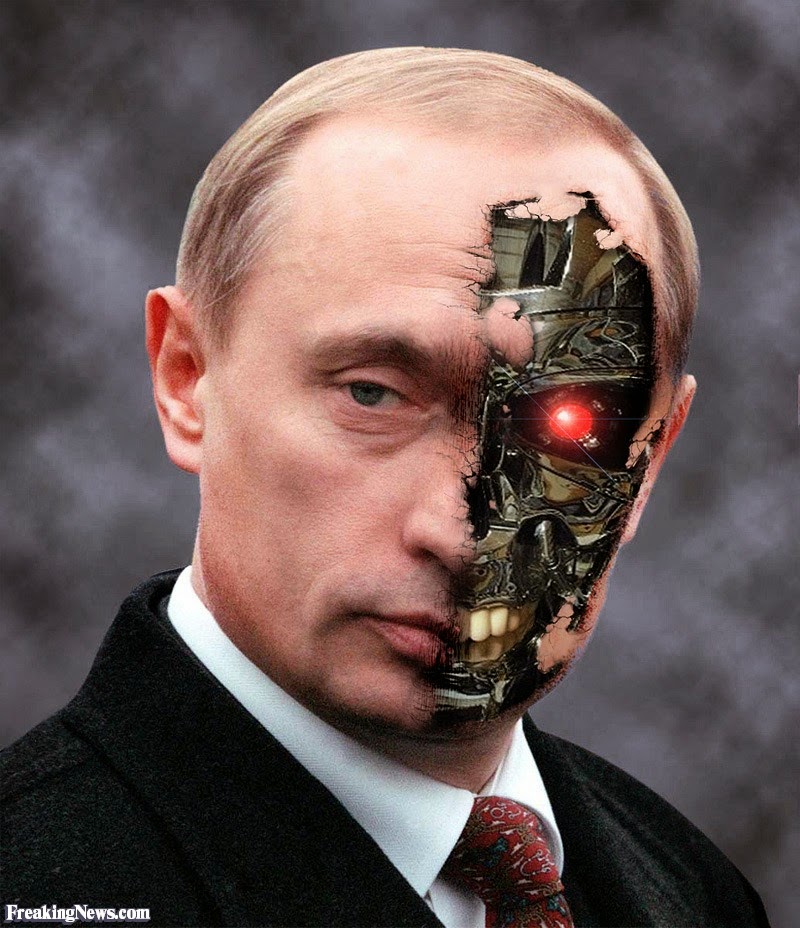 The cover story by veteran Time reporter Michael Crowley and someone by the name of Simon Shuster takes me back to 2003, when I searched in vain in the mainstream media (CNN, Time, New York Times, etc) for some balanced reporting on the forthcoming Iraq invasion.  NOBODY was questioning the rationale or the purpose or the legitimacy of the Bush administration's intention to invade and overthrow the regime of Saddam Hussein.

The only article that I ever saw in the run-up to that invasion that was at all skeptical of what was about to happen was one article, in the Washington Post, I believe, by Brent Scowcroft (former NSC chair for Bush Sr.), questioning whether this was a good idea.  Other than that, I saw nothing.  And yet I felt strongly that that proposed invasion was a mistake, and said so in my own little way, publishing a protest in my church newsletter and holding a peace vigil in my sanctuary (to which five people came).

And yet now, it is pretty much national consensus (except among the Bushies and the neo-cons) that Iraq was a HUGE mistake for America.  So why so little debate at the time?  It wasn't that difficult to figure out, if someone wanted to figure it out and didn't just gobble up the war hysteria coming out of the administration and the New York and Washington media.  You just had to know where to look.

And it's no different now with the Ukraine crisis.  One has to look very hard (and that in the independent sources online mostly) for stories and analyses that diverge from the current Washington line.  If you want to know what that Washington line is, just read the cover story of Time, "What Putin Wants".  There you will see it spelled out, in all its glory.  Let me just quote a few phrases/words, and you'll get the picture.

"Vladimir Putin began to stoke Russian nationalism with his speeches, propaganda, and military interventions...."  "That is a direct challenge to the 25 year-old post-Cold War order based on integration and partnership."  "Russian chauvinism and irredentism...."  "As Putin continues to menace his neighbors...."  "....Putin trampled on it."  "Putin has engineered an armed rebellion in the country's eastern provinces...."  "....he is throwing a darker shadow over the 21st century as well..."  "The ethnic nationalism that Putin has unleashed is breeding hatred and paranoia."

Get the picture and the message?  This is one formidable and, well, evil foreign leader we're dealing with here.  And what are we going to do about it?

Of course, once you get to the middle of the article there are some moderate, thoughtful facts and observations....the nutritious ham in the sandwich, so to speak.  But first, you have to get past the fear-mongering and demonization in the first seven paragraph.  And besides, who actually reads more than seven paragraphs in any article.   So the damage (intended effect?) is done.

From this article, one would never know that the US has, via NATO, been pushing its military alliance (and its accompanying military bases) eastward in Europe toward Russia for over 20 years now, ever since the end of the Cold War and the dissolution of the Soviet Union in 1991.  And the big target in all that time has of course been Ukraine.

As Zbigniew Bzezinski, US foreign policy guru, put it very succinctly in his 1998 book 'The Grand Chessboard', "The loss of Ukraine was geopolitically pivotal, for it drastically limited Russia's geostrategic options...."  And as 'Zbig' makes very clear in the rest of the book, depriving Russia of any significant relationship with Ukraine by enfolding it into the EU/NATO umbrella, was one of America's most important strategic goals.

And, not surprisingly, that is exactly what the US did, primarily through its 'color revolutions', along with billions of dollars poured in from mostly the US government (5 billion according to Victoria Nuland, Assistant Secretory of State for European Affairs).   Unbeknownst to most Americans, the US has been steadily working its way into Ukraine, with the ultimate goal, one would suppose, of integrating Ukraine into the NATO military structure (including, one would guess, closing the Russian naval base in the Crimea and turning it into a NATO/US base instead).  With the recent US sponsored EuroMaiden protests and resulting coup, which installed a new pro-Western government in Kiev, the US goal was clearly within reach, or so it appeared.

Also not surprisingly, Russia, under the leadership of the increasingly confident Putin, has resented this immensely, and for any number of reasons: geostrategic, cultural, religious, military, historical, economic, etc.  They see the attempt by the US to pull Ukraine (historically part of Russia and still right on their Russian border) into NATO and the West in general as an aggressive act (and, I agree, it is).  And so it was hardly surprising when Putin and the Russian government reacted negatively and, as it turns out, vigorously to prevent this from happening.  Hence the annexation of the Crimea and the ongoing protests and struggle in eastern Ukraine, the part which has most affinity for Russia.

But, getting back to the point I was making at the top, would you know any of this from the Time article on Putin?  No, you would not.  Because, I suppose, it would confuse Americans too much to know the real background of what has been going on in Ukraine.  It's just so much easier to demonize the enemy, in what can only be called propaganda.  And it helps get the country on board with our foreign policy, without all that irritating dissent and debate (like with our delayed Syria invasion, for instance).

I don't know, should I expect more from Time magazine?  Nah!!
Posted by Carl Lindquist at 1:26 PM