So What Happened to Malaysian Airlines Flight 17?

Given that the crash of Malaysian Airlines Flight 17 was instantaneously used by the US to further demonize Russia and Vladimir Putin for their alleged actions in eastern Ukraine, one has to ask, "so where are the results from the investigation into the black boxes and other matters related to that flight?" 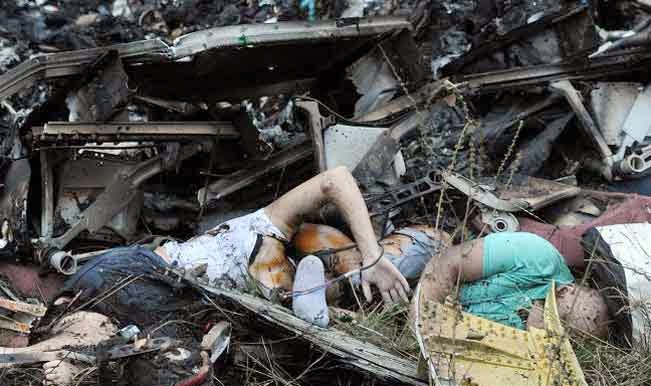 Indeed, MA17 has completely disappeared from the radar of the world's media and the Western government.  It has not been mentioned once in my hearing since long before the flight data recorders were turned over to the British government.  It has simply dropped out of sight of the world's consciousness, except on, as someone called it, the global internet samizdat (referring to the dissident literature that once circulated quietly but crucially in the Soviet Union during the Cold War).

I can only conclude basically one thing, viz, that there is no solid evidence connecting Russia or even the eastern Ukrainian separatists, with the downing of MA 17.  If there were, believe me, we'd be hearing about it on FOX, CNN, MSNBC, etc. ad nauseum.

There are plenty of alternative theories out there circulating about what really happened, of course.  There is the theory that MA 17 was accidentally shot down by the Ukrainian government because they thought it was the official plane of Vladimir Putin, flying back to Russia from the BRIC summit in Brazil, whom they would love to eliminate.

Others think that the Ukrainian government shot down MA17 deliberately, in order to blame it on the pro-Russian separatists and accomplish what indeed has been accomplished, ie. more sanctions, more public revulsion against Russia and Putin, and more support for Ukraine.

Of course, there is always the chance that the rebels accidentally shot down MA17, thinking it was a Ukrainian government military plane coming to bomb there.  But even that is somewhat understandable, given its setting in a war zone, and which leads one to ask: "why was MA17 flying directly over a war zone anyway?"

One should always ask the perennial question: qui bono?  Or in other words, 'who benefits'?  Who derives the benefit or an advantage from an action, because that helps to determine who had an interest in doing something.

In the case of MA17, Russia and the rebels in eastern Ukraine had absolutely no interest in downing the airliner, since we've seen what happened to them in the court of public opinion in the aftermath of the crash.  The pro-US regime in Kiev certainly had an interest in being able to blame and stigmatize the rebels for their humanity, and even more, blaming Russia and Putin.  So logically, it makes more sense that the Ukrainian government would want to see something like this happen.  Of course, to think of anyone plotting to do such a thing is a disgusting thought.  But we all know that such things happen when it comes to war:  people are willing to do evil things that they would never think of doing in peacetime.

From the beginning the Russians have denied any involvement, just as adamantly as the US blamed them.  So there's always been a lot of interest by open-minded people around the world concerning the actually facts and evidence from the wreck itself, and from the intelligence available from the various governments involved.