It is a well-known--though little remembered--fact that the Soviet Union used psychiatry and mental hospitals to punish and imprison dissenters from Soviet communism.  If you disagreed with what was obviously true--the ideology of communism--then you must be mentally ill.  And this went on for decades, until the Soviet Union fell in 1989. 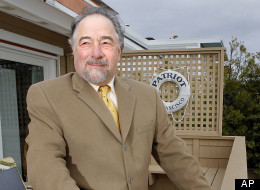 So it was with more than a little astonishment when I heard what uber-conservative radio host Michael Savage had to say about Chief Justice John Roberts, who voted to sustain the Affordable Care Act of the Obama administration:


"Let's talk about Roberts," Savage said. "I'm going to tell you something that you're not gonna hear anywhere else, that you must pay attention to. It's well known that Roberts, unfortunately for him, has suffered from epileptic seizures. Therefore he has been on medication. Therefore neurologists will tell you that medication used for seizure disorders, such as epilepsy, can introduce mental slowing, forgetfulness and other cognitive problems. And if you look at Roberts' writings you can see the cognitive disassociation (sic) in what he is saying..."

Now I know that that was just one guy, with one very big mouth.  But still....

Clearly, it is not Justice Roberts who is sick here.

Posted by Carl Lindquist at 8:16 PM