This last week of June 2018 has rivaled the week after the 2016 election for its excitement and dread, its highs and its lows among the American people.

Among the other things happening, some of which I can't even remember now given the volume and speed of events coming at us, the decisions coming out of the Supreme Court (SCOTUS) clearly rank near the top in national and even historical importance.

SCOTUS narrowly upheld Trump's so-called Muslim travel ban in a 5-4 decision, infuriating those on the Left who believed this was a bigoted government action against Muslims.  The decision, appropriately called Trump v. Hawaii, dealt with "Mr. Trump’s order limiting entry to the U.S. of nationals from eight (now seven) countries that are unwilling or unable to cooperate sufficiently in U.S. antiterrorist screening efforts." (WSJ). 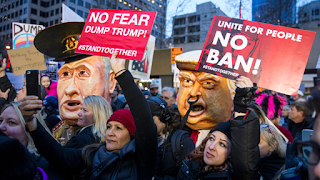 According to the decision, the president’s orders are lawful under both the Immigration and Nationality Act and the Constitution, which affirm that the Immigration and Nationality Act’s plain language gives the president the power to deny “any aliens or any class of aliens” entry to the U.S. whenever he finds that letting them in “would be detrimental” to U.S. interests.

I have affirmed Trump's action from the beginning, believing that it made sense from a national security perspective.  In addition, it didn't make any sense to call this a 'Muslim ban', since the executive order only covered about 5 of the 50 Muslim-majority countries around the world.  What kind of 'Muslim ban' is that?  A pretty wimpy one, if that's what it was meant to be!  But there were also two non-Muslim countries included in the order (North Korea and Venezuela) and for the same reasons, so again the notion of it being some kind of bigoted Muslim ban is fairly ludicrous.

The second ruling coming down from SCOTUS that drove the Left crazy dealt with government (aka 'public') unions and their ability to collect fees from governmental employees covered by their contracts who disagree with their policies and don't wish to support the unions.  In the decision Janus v. Afscme, the court decided that "the government may not authorize labor unions to exact fees from public employees who choose not to join."  (WSJ) 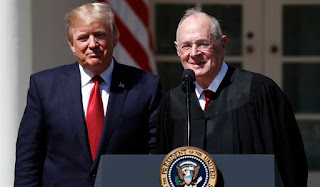 Many people believe this will end up hurting the finances of both the Afscme public-sector government unions and their primary political ally, the Democratic Party.  Hence the wailing and gnashing of teeth on the Left, which, I admit, is understandable, since their ideology ultimately believes in most everyone working for the government (or supported by the government) AND they depend on the Democratic Party to pass their collectivist agenda.

But, even after these two decisions threw the Left into a tizzy,  the din from that political quarter rose to even new heights of agony and distress upon news of the retirement of Justice Anthony Kennedy from SCOTUS.  With the ability of President Trump to appoint a more consistently conservative justice, the Left now fear that their beloved symbols of the sexual revolution, ie Roe v. Wade (abortion) and Obergefell v. Hodges (homosexual marriage), are endangered.  (Whether they actually are in danger is another question.) 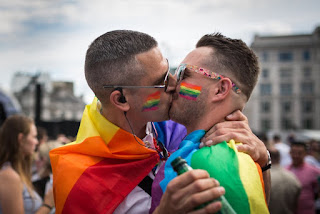 Honestly, it felt like the day after the 2016 election, the Left was so outraged and hysterical, sputtering, fainting, crying, and cursing like, like, well, some might say like the dark legion being cast out of the Gerasene demoniac.  And if you don't know what that means, you can look it up in the New Testament of the Holy Bible, Mark 5:1-20.  (Of course, I would never say that.)