Okay, it's time to get back on the blog!  Super Tuesday (March 3rd) was a major shock to the national system, which is what I want to talk about here and now.  Let me begin with the conclusions I've come to as a result of the Super Tuesday political sea change. 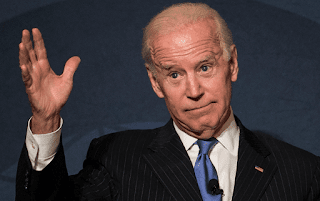 CONCLUSION #1:  Barring a major personal/mental breakdown, Joe Biden is now the almost certain Democratic nominee.  And the Democratic Party and the Democratic media are now ALL IN on Biden.  They will do everything in their power to carry him over the finish line in November.

CONCLUSION #2:  The die is cast, and the only question is who the VP will be.  It almost certainly will be a woman, for obvious reasons.  Will it be Amy or Elizabeth, who both just existed the race?  What about Kamala?  How about Hillary or Michelle?  Honestly, if I had to put money on it, I'd bet on Hillary, as crazy as that sounds.  A perfect rematch.

CONCLUSION #3:  Joe Biden is an AMAZINGLY bad nominee, and I can hardly exaggerate this point.  In every way.  Getting him across the finish line in November will require a herculean effort.  I have absolutely no idea what the chances of it are.

CONCLUSION #4:  The Bloomberg Experience now proves this:  You cannot buy an election, no matter how much money you use, if you don't have a good message or a viable candidate.  Both Donald Trump and Joe Biden of course are both going to have plenty of money to spend.

CONCLUSION #5:  Bernie Sanders is almost certainly not going to get the Democratic nomination, that is for sure.  The Democratic establishment has coalesced around Joe Biden, thereby preventing Bernie from getting too close.  However, he's a true believer in what he's doing, and also hardly a Democrat at all.  So he's not going to pull out or suspend before the convention.  Therefore, the effect of this on the Biden campaign is difficult to gauge at this point.  Many 'Bernie Bros' are not at all happy about this, and they could prove to be a formidable destructive force against the Democrats.

CONCLUSION #6:  The tsunami of anti-Biden oppo research about to be released into the body politic over the next 8 months of this election is going to be stunning, I think!  The MSM will try to ignore it, of course, but that may be impossible to do in the end.  Get ready.
Posted by Carl Lindquist at 10:47 AM