In my previous post, I tried to analyze the more objective factors that might affect the outcome of today's election.  And I ended up predicting a narrow Trump win.  I wouldn't necessarily bet very much money on that outcome, but that is my best guess at this moment! 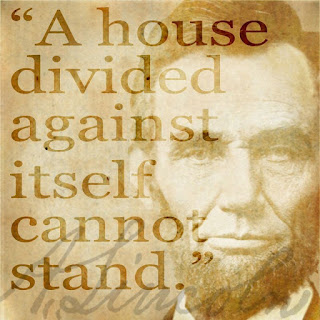 Which is also my hope for the next four years as well.  My basic reasons for voting for Trump have not significantly changed in the last four years.  In fact, my confidence in voting for Trump has only deepened based on the behavior of both the opposing Democratic Party and our legacy Media.  To put it simply, I am increasing disgusted with the behavior of the Democrats and the Media.  They have acted, in my opinion, in irresponsible, dishonest, corrupt and increasingly radical ways over the last four years.  I can truly say that there is not one thing that I find myself in agreement on with the current Democratic Party.

That is NOT to say that I therefore agree with the Republican Party or President Trump on all matters.  In fact, there has been a significant struggle within the Republican Party over the direction of the party and the country in all the significant areas of political life, including foreign policy, economic and trade policy, immigration issues, health care policy, LGBTQ matters, criminal justice reform, energy and environmental policy, and so on.  Anyone being honest about our current situation should be able to admit that there is a great deal of uncertainty and turmoil around lots of public policy, both within both of our political parties and between them.

But there is no doubt that the Democratic Party has taken a definite radical turn in the last few years, which cannot be ignored.  It reminds a lot of us of what happened to our country in the late 1960s, with the rise of the counterculture and the New Left.  Only this time, most of our major institutions are themselves becoming dominated by the Left and the new 'woke' ideology.  We are increasingly a 'house divided', and as our Lord put it in the New Testament (as did Abraham Lincoln centuries later), 'a house divided cannot stand.'

That is probably my greatest fear and worry, that the United States will become so divided ideologically that our union will not be able to withstand the strain of the division and we will, in some irreparable way, collapse as a nation.  But at this point, to quote another biblical writer, we 'see through a glass darkly'.  And that's not a good and pleasant place to be, for anyone.  But it is where we are, I think.