President Obama, far from being the appeaser that the Republicans are trying to paint him as, has been quietly effective in pursuing America's true national interests abroad, as the foreign policy centrist and realist that he is. Andrew Sullivan, in his frontpage Newsweek story, describes it well: 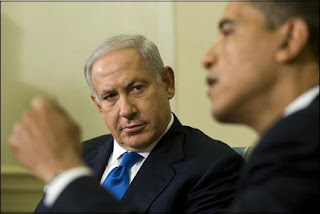 On foreign policy, the right-wing critiques have been the most unhinged. Romney accuses the president of apologizing for America, and others all but accuse him of treason and appeasement. Instead, Obama reversed Bush’s policy of ignoring Osama bin Laden, immediately setting a course that eventually led to his capture and death. And when the moment for decision came, the president overruled both his secretary of state and vice president in ordering the riskiest—but most ambitious—plan on the table. He even personally ordered the extra helicopters that saved the mission. It was a triumph, not only in killing America’s primary global enemy, but in getting a massive trove of intelligence to undermine al Qaeda even further. If George Bush had taken out bin Laden, wiped out al Qaeda’s leadership, and gathered a treasure trove of real intelligence by a daring raid, he’d be on Mount Rushmore by now. But where Bush talked tough and acted counterproductively, Obama has simply, quietly, relentlessly decimated our real enemies, while winning the broader propaganda war. Since he took office, al Qaeda’s popularity in the Muslim world has plummeted.

Obama’s foreign policy, like Dwight Eisenhower’s or George H.W. Bush’s, eschews short-term political hits for long-term strategic advantage. It is forged by someone interested in advancing American interests—not asserting an ideology and enforcing it regardless of the consequences by force of arms. By hanging back a little, by “leading from behind” in Libya and elsewhere, Obama has made other countries actively seek America’s help and reappreciate our role. As an antidote to the bad feelings of the Iraq War, it has worked close to perfectly.

Posted by Carl Lindquist at 7:17 AM