Rather than explaining the economic benefits of the bill and taking quiet credit for a moment of bipartisanship, Obama launched into an assault on partners and opponents. Republicans are "hostage-takers" who worship the "Holy Grail" of trickle-down economics. Liberal opponents are "sanctimonious," preferring their own purity to the interests of the poor. The president did not just attack the policy positions of nearly everyone in the political class. He publicly questioned their motives. 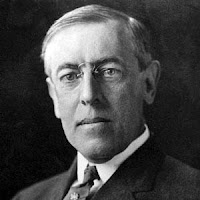 It is difficult to imagine the president's advisers sitting in the Oval Office and urging this approach: "Mr. President, the best course here would be to savage likely supporters of the bill and to embitter your political base. This will show just how principled you are, in contrast to the corruption and fanaticism all around you." There can be little doubt this communications strategy was Obama's own.
It is the president's favorite rhetorical pose: the hectorer in chief. He is alternately defiant, defensive, exasperated, resentful, harsh, scolding, prickly. He is both the smartest kid in class and the schoolyard bully.
There are many problems with this mode of presidential communication, but mainly its supreme self-regard. The tax deal, in Obama's presentation, was not about the economy or the country. It was about him. It was about the absurd concessions he was forced to make, the absurd opposition he was forced to endure, the universally insufficient deference to his wisdom....

The ineffectiveness of Obama's political and communications staff may be part of the problem - and the administration is now hinting at significant White House personnel changes in the new year. But an alternative explanation was on display this week. Perhaps Democrats did not elect another Franklin Roosevelt or John Kennedy but another Woodrow Wilson - a politician sabotaged by his sense of superiority.

In the tax debate, Obama has proved a quarrelsome ally and a dismissive foe, generally dismayed by the grubby realities of politics. He doesn't suffer fools gladly. Unfortunately, he seems to put just about everyone who disagrees with him in that category.

It's interesting that Gerson should compare Obama to President Wilson, because I've just been reading one of the classic histories of the Wilson administration by Arthur Link, and several times I was struck by the similarity of what I was reading to this President. Here's one example:


There was, however, a less happy side to the Wilsonian character. Except for Colonel House, the group [the Cabinet and inner White House circle] did not always enjoy satisfactory personal relations with their chief. Several of them bitterly resented Wilson's aloofness, his social sang-froid. Worse still, practically all of them knew that when really vital questions were involved, Wilson did not want their advice unless it complemented his own thought or prejudice....Personally, Wilson had changed little over the past ten years, except that advancing age had sharpened his traits of personality. He was still as much as ever intrigued by ideas and bored by details. A scholar rather than an intellectual, fascinated by ideas that had practical uses but not given to speculative thinking, intensive but restricted in his reading, Wilson's absorption with public affairs after 1910 demanded all his time and meager physical resources.

And then there was the complaint about Wilson's turning away from the 'progressive movement' of the day, on which he had run.  After a few minor progressive legislative victories (akin to Obama's health insurance reform), Wilson turned away from progressivism.  Uber-progressive Herbert Croly of the New Republic magazine, who had been a key ally of Republican but progressive Theodore Roosevelt, wrote critically of President Wilson at that point:

"How can a man of his shrewd and masculine intelligence possibly delude himself into believing the extravagant claims which he makes on behalf of the Democratic legislative achievement?...How many
sincere progressives follow him in believing that his legislation has made the future clear and bright with the promise of best things?....Any man of President Wilson's intellectual equipement who seriously asserts that the fundamental wrongs of a modern society can be easily and quickly righted as a consequence of a few laws...casts suspicion either upon his own sincerity or upon his grasp of the realities of modern social and industrial life.  Mr. Wilson's sincereity is above suspicion, but he is a dangerous and unsound thinker upon contemporary political and social problems.  He has not only...'a single-track mind,' but a mind which is fully convinced of of the everlasting righteousness of its own performances and which surrounds this conviction with a halo of shimmering rhetoric.  He deceives himself with these phrases, but he should not be allowed to deceive progressive popular opinion."


Croly's analysis of the superficial character of Wilson's progressivism was essentially correct.  There is little evidence that Wilson had any deep comprehension of the far-reaching social and economic tensions of the time....To try to portray such a man as an ardent social reformer is to defy the plain record. (Woodrow Wilson and the Progressive Era, pages 32-33, 79-80)

Email ThisBlogThis!Share to TwitterShare to FacebookShare to Pinterest
Labels: obama