The Generals and the Commander in Chief

It should be kind of hard for liberals to criticize President-Elect Trump for selecting three retired generals for his Cabinet and top staff: Gen. James Mattis for Defense, Gen. Michael Flynn for the NSC, and Gen. John Kelly for Homeland Security.

I don't remember any grousing from liberals back then (I was one of them liberals, and I didn't complain then, and I'm not complaining now).

Yet the New York Times said that Trump's "Focus on Generals for Top Jobs Stirs Worries Over Military's Sway."    Slate website asked, "Does Trump Want to Put Generals in Charge of Everything?"  Politico’s Julia Ioffe tweeted: “Three generals and maybe a fourth. Can we just cut to the chase and call ourselves a junta?”   The New Yorker’s Nicholas Thompson mused on Twitter: “How many generals do you need in government before you technically become a junta?”

Okay.  Here's why these concerns are misplaced.

Second, many of our Presidents, including some of the best ones, were themselves former/retired military officers. 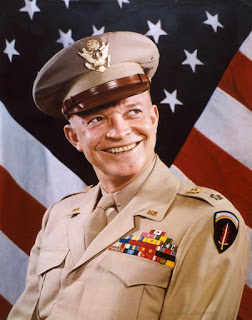 Our very first President, George Washington, had served as the Commander of the Continental Army that won the Revolution for the infant United States.

Abraham Lincoln was a Captain in the Illinois State Militia, back in the day when most abled body men were soldiers in their state militias.

Before he was President, General Eisenhower was the Supreme Allied Commander that won the War in Europe against Hitler.

JFK was a Navy Lieutenant and the commander of a PT boat in the Pacific during WWII.

Jimmy Carter was a Navy Lieutenant, with duty on nuclear submarines.

George H.W. Bush was a Navy Lieutenant and piloted a Aircraft Carrier bomber in the Pacific theatre during WWII.

Of course, many other Presidents have not served in the military, including the two most recent Democratic Presidents, Bill Clinton and Barack Obama, and of course President-Elect Trump.  All the more reason to have former military leaders surrounding them as they make fateful decisions about foreign policy and war and peace. 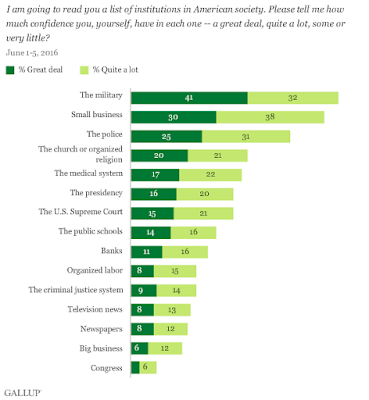 Fourth, in terms of the issue about civilian leadership of the military, there should be little concern, it seems to me.  American military officers at all levels understand their place in the constitutional order of our Republic.  Furthermore, there are plenty of checks and balances to constrain any military officer who threatens to misuse his/her power.

Finally, it seems to me that high-ranking military officers are not more prone to go to war, but less so. They know the great risks and dangers of battle, and don't want to go to war unnecessarily.  David French writes in National Review:


Critically, however, if Trump truly listens to his generals, that does not mean that America will necessarily be more interventionist. No one is more familiar with the capabilities and (crucially) limits of American power than the class of officers who’ve been fighting jihad since 2001. No one knows the costs of war more than those who’ve led men in combat or — like General Kelly — lost children in war. The crucible of combat combined with the inherent frustration of fighting an enemy such as ISIS or al-Qaeda has created widely divergent viewpoints among senior officers. The military isn’t an ideological or strategic monoculture....

One last point.  It is well known now that one of the most influential persons on foreign policy in the Obama Administration has been young Ben Rhodes, best known as a speechwriter and writer of fiction.  Perhaps that one of the reasons that Barack Obama's foreign policy record has been widely panned as ineffective or worse.  Give me a general whose actually fought the terrorists and the enemies of the United States any day.
Posted by Carl Lindquist at 8:08 PM