The Tidal Wave That Was the 2016 Election


It is still hard for me to believe that the Donald beat Hillary a month ago.

Trump had little going for him this year.  At least half of his primary opponents in the Republican Party were either sullen or outright opposed to his nomination and thus refused to give him their support in the general election, which I can hardly ever remember happening before. 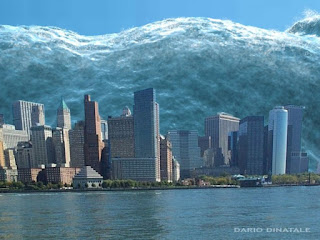 Furthermore, much of the conservative punditry were ferociously anti-Trump, including most of the writers of the longstanding conservative journal National Review, the neo-conservative Weekly Standard, and the conservative columnists for the New York Times and the Washington Post.  The only folks for Trump were a few outliers like Matt Drudge, David Horowitz, Breitbart.com, Pat Buchanan, and Sean Hannity, hardly household names for most people.

The mainstream media was almost totally in the tank for Clinton, including the major networks, the cable political shows, and the major newspapers.  Normally there is a half-hearted attempt to appear objective and non-partisan, but not this year.

And then the Clinton machine got revved up and, while spending hundreds of millions of dollars on (mostly scathingly negative) advertising, led in the polls the entire way throughout the entire fall.  By election night, the champagne corks were flying before the counting had even begun.

To top it off, Trump did things that would have sunk any normal candidate, like criticizing John McCain for having been a prisoner of war.  When that happened back early in the primaries, and Trump didn't lose significant support, I knew something unusual was happening here.

A writer for the National Review  (a #NeverTrumper, I believe) put it this way just today:


Donald Trump won while being relentlessly attacked with negative media coverage of his every lie and scandal. He received a variation of every criticism ever thrown at a Republican presidential candidate — the alleged nuclear warmongering of Goldwater, the alleged ignorance of George W. Bush, the alleged erratic temperament of John McCain, the alleged plutocratic greed of Mitt Romney — and was elected anyway.

So how to account for his ability to overcome all of this and still get sufficient states/electoral votes to win?

I wrote back in the fall of 2015, long before the primaries were concluded:


Donald Trump is stirring the pot like no one else has in a long time. Oh yes, there have been the 'flash in the pan' Republicans, starting back in 2012, who rose for a couple of days or weeks to the top of the pile and then shrunk back down out of sight. Just off the top of my head, you had Michelle Bachmann, Rick Perry, Herman Cain, Newt Gingrich, Rick Santorum, and probably others as well. All the while this was going on, Mitt Romney was hovering at the number 2 spot just biding his time.

It looked like the same thing was going to happen this year, and to some extent it has. Scott Walker, Jeb Bush, Rand Paul, John Kasich, Ted Cruz, Mike Huckabee, Carly Fiorina, Marco Rubio, Chris Christie, and at the present moment, Ben Carson, all have their moments of glory and spotlight, when it looked like they might be capable of moving into the top spot.

But only Donald Trump has been number one and stayed number one, contrary to all the political pundits. Trump is giving them, one and all, fits. And just the other day, on FOX News Sunday, the host Chris Wallace made what was almost a confession when he said something like "I think this guy can win the nomination." And that kind of remark and admission began to heard all other the TV and the internet.

A tidal wave.  That's all I can figure, that this extremely unusual political figure swept through the 2016 election season like a tidal wave, and was in that sense unstoppable.  In one post last spring, I called him a 'force of nature' and that seems to be true.  Like a tidal wave, he unrelentingly plowed through (or around) everything in his path, wreaking much political destruction in his wake.

And now, the tidal wave has receded and we are surveying the damage, trying to understand the new landscape before us.  And trying to get our lives back together after this freakish event.

To put it in more political/human terms, Trump rode a humongous wave of national discontent, anger, and resentment that had been seething out there in the heartland.  He was its embodiment, its expression, and its incarnation.  Many say that it was primarily an economic anger, but I tend to disagree.  Yes, it was partly economic, without a doubt, but I think it was more cultural and nationalistic (especially regarding illegal immigration), a rising up against political elites who they saw as out-of touch and threatening.  It was, as someone put it, half of the country flipping the establishment the bird, along with a loud 'go to hell'.

You can slice and dice the political game any way you want, criticize Hillary and her staff for this or that, but in the end, I think it came down to the tidal wave.  Now we have to recover our sensibilities, gather our belongings and start rebuilding.
Posted by Carl Lindquist at 10:19 AM