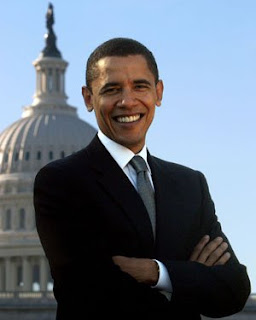 I now feel confident that Barack Obama is going to be elected President of the United States.

Obama is the strongest candidate that the Democrats have put forward in a very long time. Perhaps even back to Franklin Roosevelt. He certainly is stronger than Bill Clinton, who had such an incredible mind and political appeal but such a sordid personal life. Ditto J.F.K. Obama has all of their strengths but none of their personal weaknesses. What he doesn't have, of course, is Kennedy's wealth and political connections, which probably bought him the election. And the stiffest challenge he faces is overcoming his race. Will the remaining bigots of this country allow a black man to become President?

But I think he is going to do it, which really blows my mind. I believe it will be the most exciting time in America since the election of Ronald Reagan. And perhaps just as fraught with peril and challenge, both internationally and domestically.

He is just the national leader we need for such a time as this. May God protect him from the forces of evil out there who would wish him harm.