The cool thing about this kind of name-calling is you don't really need any evidence or facts to accomplish your goal.  Rather, this technique acts like the old Pavlov's Dog experiment, with its 'classic conditioning'.  Pavlov presented a stimulus (rang a bell) and then gave his dog food, at which time the dog salivated.  After a few repetitions, the dog learned to salivate in response not to the food but to the stimulus.

The Left and their allies in the MSM have trained their followers to automatically respond with disgust to the above-listed words.  Call Steve Bannon, for example, a racist and anti-Semite, and you don't need actual evidence or proof of such an awful charge.  The well-trained liberal pups respond with hate and scorn toward the person.

"Love trumps hate", the signs read.  Well, not really.  The truth is that when you violate or disagree with one of their precious radical principles, the Left responds not with reason, but with loathing, vicious name-calling, and at times, even violence.  In other words, they often practice exactly what they condemn.

The labels and 'names' that the Left throw around so promiscuously have helped elect Trump, in my opinion.  People outside the New York, D.C., and Westcoast liberaldom are really, really sick of them. 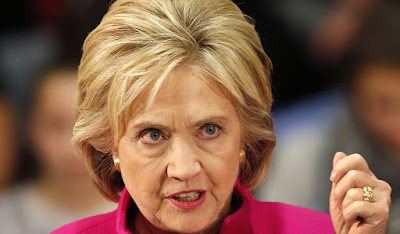 Posted by Carl Lindquist at 2:25 PM