The Wrong Side Of History

Rich Lowry on History, its right and wrong side:


President Obama won’t explicitly say Donald Trump is on the wrong side of history, but surely it’s what he believes.

The president basically thinks anyone who gets in his way is transgressing the larger forces of history with a capital H. During the 2008 campaign, he declared Sen. John McCain “on the wrong side of history right now” (the “right now” was a generous touch — allowing for the possibility McCain might get right with History at some future, undetermined date).

Obama has returned to this phrase and argument obsessively throughout his time in office. It is deeply embedded in his, and the larger progressive, mind — and indirectly contributed to the left’s catastrophic defeat on Nov. 8.

The notion that History takes sides ultimately traces back to the philosopher G.W.F. Hegel and borrows heavily from the (genuine and very hard-won) moral capital of the abolitionists and the civil rights movement.

Obama is given to quoting Martin Luther King for the proposition that the arc of the moral universe bends toward justice. Whoever is deemed to be on “the wrong side of history” by progressives is always loosely associated with the opprobrium directed toward the Southern Fire-Eaters and the defenders of Jim Crow.

This means the left wields History as a weapon and makes it an occasion for constant self-congratulation. But there’s a downside.

For the left, History isn’t a vast, unpredictable, untameable force, but just like someone who might be standing in line next to you at Whole Foods. History is a board member of Planned Parenthood. It reads the Huffington Post and Vox, and follows Lena Dunham on Twitter. It really cares whether transgender people are allowed to use the appropriate bathroom. History was probably hanging out at the Javits Center on election night and collapsed into a puddle of tears right around the time Wisconsin was called. 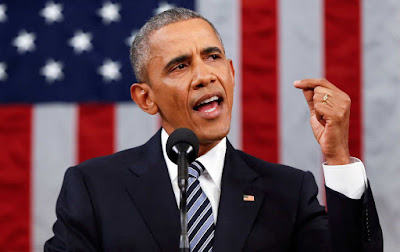 Posted by Carl Lindquist at 9:49 AM