As commentators on both CNN and MSNBC have made abundantly clear in the last 24 hours, the reason we neglect the Egyptian population (and other Arab populations) and their freedom is because we support the dictator Mubarak in order to secure our two primary strategic goals, past and present, in the Middle East: defend Israel and secure access to oil.  It's pretty much really that simple. 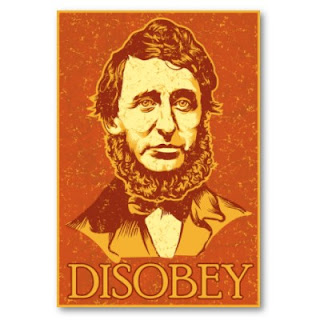 That history and strategy puts our President and State Department in a huge bind in this Egyptian crisis, and consequently you see them stumbling around, not knowing quite what to say or do.  In their dithering, however, they/we run the risk, especially if things turn really bad, of further alienating the populations of the Middle East  and the world, and creating even more anti-Americanism than already exists.  (This is already happening with the disgusting sight in the media of empty teargas canisters, used by the Egyptian secret police to gas the people, made in Jamestown, Pennsylvania, just five miles from where I went to college, and given to the Egyptian government as part of our $1.3 billion military aid grant every year.)
Another lesson of this crisis: the diplomatic language that is used in public hides a multitude of sins.  One always needs to look beneath the mere surface of things (in the media, government, or most any other setting) for the reality.  Skepticism in this regard is always the wiser course.  Don't trust any government's words, including your own.  Always look at what they do for the truth.  Be ready to believe that they may well be naive, hypocrites, scoundrels or even criminals.
True patriotism does not mean believing what your national leader's say, with your hand over your heart.  It means doing what is actually in the best, long-term interests of your own country and, to the extent possible, that of the entire world.  And that can well mean opposing the intentions and actions of your own government.  As Samuel Johnson wisely said, in 1775, "Patriotism is the last refuge of the scoundrel."

Think for yourselves; don't let FOX or MSNBC or CNN or (add your own list of 'authorities') think for you.  One of the great Americans in our history was Henry David Thoreau, and perhaps his second best essay, after Walden, was Civil Disobedience, written in 1849.  In it, he wrote this about the true and real patriot:


Must the citizen ever for a moment, or in the least degree, resign his conscience to the legislator? Why has every man a conscience, then? I think that we should be men first, and subjects afterward. It is not desireable to cultivate a respect for the law, so much as for the right. The only obligation which I have a right to assume is to do at any time which I think right....

The mass of men serve the state thus, not as men mainly, but as machines, with their bodies. They are the standing army, and the militia, jailers, constables, posse comitatus,etc.  In most cases there is no free exercise whatever of the judgment or of the moral sense; but they put themselves on a level with wood and earth and stones; and wooden men can perhaps be manufactured that will serve the purpose as well.  Such command no more respect than men of straw or a lump of dirt.  They have the same sort of worth only as horses and dogs.  Yet such as these even are commonly esteemed good citizens.  Others--as most legislators, politicians, lawyers, ministers, and office-holders--serve the state chiefly with their heads; and, as they rarely make any moral distinctions, they are as likely to serve the devil, without intending it, as God.  A very few--as heroes, patriots, martyrs, reformers in the great sense, and men--serve the state with their consciences also, and so necessarily resist it for the most part; and they are commonly treated as enemies by it....

Action from principle, the perception and the performance of right, changes things and relations; it is essentially revolutionary, and does not consist wholly with anything which was.  It not only divides States and churches, it divides families;  ay, it divides the individual, separating the diabolical in him from the divine.