What Do the Chinese Want?

The Chinese President came and went, with intense media focus.  What do the Chinese want?  They want to be both an economic and military (and therefore geopolitical) superpower.  It's as simple as that.  And given the rapid decline of the U.S. economically, it would seem reasonable to believe that they want to become the dominant world economic power (militarily, they would probably settle for equality with the U.S., in order to neutralize our military dominance).  And frankly, all of this is quite possible, if not probable, over the next few decades. 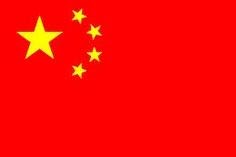 Somehow, it seems to me, America is realistically going to have to begin to give up its role as the world's only superpower (which it's been for 20 years now), face continued economic decline at home, along with declining funds for its enormous military machine.  All of this will lead to increased jingoism and extremism domestically, and the impulsive defensiveness and risktaking internationally that goes along with this.  To put it mildly, the trick will be to somehow manage this Chinese rise and American fall so as to avoid all-out war between us.  With American pride and prosperity at stake, that is not going to be easy and it will probably mean a new Cold War all over again.

So, it appears that we are going to be in a period of great peril for the next few decades.  Terrific.
Posted by Carl Lindquist at 10:25 AM

Email ThisBlogThis!Share to TwitterShare to FacebookShare to Pinterest
Labels: china