So who, exactly, is the political base/constituency of Herman Cain, the black Georgia businessman now running for the Republican nomination?  He just won a Florida Republican 'strawpoll' this weekend, beating out Rick Perry at the last minute (apparently Perry didn't show up). 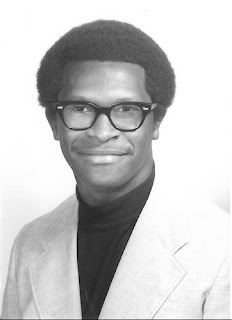 It's nobody.  Blacks will not vote for him, because, well, he's a conservative Republican.  Tea Partiers and other Republican conservatives will probably not vote for him because he sounds like a southern black man, and racial prejudice is still lurking there in the background (or at least, I think it is).  Moderate Republicans are not likely to vote for him, because he comes across as a loudmouthed, superficial businessman who really doesn't know much about government or governing.  Liberals and independents will not vote for him, because  he's boldly, flamingly conservative, and a slick talker to boot.
Cain's never won political office, he knows very little about foreign policy, and finally, he's just recently recovered from stage 4 liver cancer.  And no one with the first name of Herman will ever be elected as President of the United States.
Of course, I like him a lot personally.  He's funny and glib, almost a comedian.  I'm sure that he was a pretty good businessman and sold lots of pizza.  But no way will he ever get closer to the White House than he is right now.

Herman Cain is going nowhere fast.  His time in the sun will be even shorter than Michele Bachmann and Rick Perry.  He's just another conservative Republican flash-in-the-pan.
Posted by Carl Lindquist at 12:45 PM