Ron Suskind's book Confidence Men is a provocative new look, through hundreds of interviews with Obama administration staffers, at what has been happening on the inside of the White House over the past almost three years.  This book, combined with Obama's new populist tone, is a major milestone in our political life, I think.  Suskind, like Bob Woodward, is hard to dismiss because of his past journalistic accomplishments. 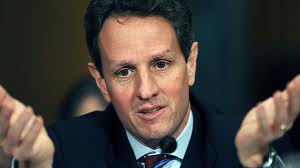 The book is still being eaten and digested by journalists, columnists, and bloggers (I've not had a chance to read it, so will have to rely on others who have).  So I'll keep noting the commentary as it dribbles out.

Joan Walsh, a Salon.com writer and, as I remember, a Hillary Clinton supporter, is quite critical of Obama, as would be expected.  But her critique is one I basically have shared since Obama first appointed Geithner and Summers in the fall of 2008.

But in the end, whether it's "Volcker's Rule" keeping banks out of speculative, proprietary trading; Gensler's effort to force the trading of poorly understood derivatives on "exchanges" where their shady contents could be better examined; or Bair's push for a contingency plan to force the toxic behemoth Citibank into bankruptcy; the tough reforms never materialized. They were watered down to insignificance, or as in the case of the Citi breakup, abandoned completely.

The book's most controversial revelation, strenuously denied by the White House, is that Treasury Secretary Timothy Geithner either "slow-walked" or absolutely ignored the president's directive to come up with a plan to break up the spectacularly failing Citibank. It's become a big story, because it serves a couple of narratives: It provides Obama admirers with evidence that the president had progressive priorities and values, but his underlings thwarted them. It provides his critics (on left and right) with more fodder for the view that the president is in over his head, unready for the job we gave him.

The fact is, the material Suskind presents is inconclusive. By the president's own admission, the "instructions" to draw up a contingency plan to dismantle Citi were vague enough that his different advisors could legitimately disagree about his real intent.

When Suskind asks Obama if he was "agitated" by Geithner's failure to develop a plan for Citi, his answer is classic no-drama Obama, Zen Man:

"Agitated may be too strong a word. During this period what we are increasingly recognizing is that there are no good options."

"What's true is that I was often pushing hard, and the speed with which the bureaucracy could exercise my decision was slower than I wanted. But I don't think, it's not clear to me -- and I'll have to reflect on this at some point -- it's not clear to me that that was necessarily because of a management problem, as it was that this is really hard stuff."

Frankly, given Obama's answer, I'll give that one to Geithner. There's no hard evidence he ignored a firm directive from his boss -- and if he did, it obviously wasn't a big deal, because Geithner is one of the few people from the president's original economic team still employed at the White House. If the president wanted a tougher approach with Citibank, or with any other malefactor of great wealth, he'd have forced his subordinates to develop one, and fired them if they didn't.

Whatever happened with Citibank, it's clear that at every turn, Obama made choices that protected the Wall Street status quo, and Geithner was behind every single decision.

Geithner worked hard to protect the debt machine and its masters. He opposed limits on executive compensation at firms receiving TARP funds, insisted on paying AIG's debts at 100 percent (instead of a smaller sum like creditors would have had to accept in a bankruptcy proceeding), squashed a tax based on bank size (to discourage "too big to fail" titans). One prominent banker tells Suskind his colleagues expected much harsher treatment from the Obama administration in the administration of TARP and other decisions. "For Washington to not demand anything when it saved us, even stuff that we know is for our long-term good, was one of the stupidest moves in modern times ... I feel like I should go over and hug Tim. It's a shame we can't pay him, 'cause that's a guy who really earned a big-time bonus."

Posted by Carl Lindquist at 8:39 AM