Hurricane Irene and Tropical Storm Lee have dealt a huge blow to the Northeast, with major flooding across the region.  This has largely gone unnoticed by the major media, as far as I can tell, but there will be thousands of families who will be struggling to recover from this, since most home insurance doesn't cover flooding.  Why not?  Why shouldn't typical homeowners insurance cover flooding?  It's crazy. 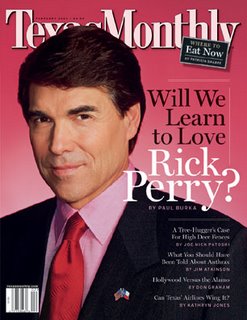 President Obama has proposed a major jobs bill and gone on the hustings to push it.  Unfortunately, the timing of this has a political resonance to it that will probably prevent any significant part of it from enacted.  Republicans will refuse to raise taxes, as the President says he wants, and so the legislation will probably come to a standstill in the Congress.
Both the Republicans and President Obama have taken major hits this week from within their own parties.  A longtime Republican staffer in Congress, Michael Lofgren, has retired and struck out with a sharp attack on the Republican party, calling them a party of 'lunatics'.  Likewise, some anonymous Democrat has put together a video that calls into question the record of President Obama and whether he should run for reelection.  Other Democratic writers like Matt Miller and Matt Taibbi have expressed serious reservations about Obama.
While it is very unlikely that any challenger will be able to dislodge Obama, the Republicans remain very unsettled in their race for the nomination.  Rick Perry has, over the last two weeks, taken the lead in the polls over the former frontrunner Mitt Romney.  Perry has considerable strengths to get the Republican nomination, while at the same time, considerable weaknesses for the general election.  Yet, Obama is very weak, given that the chances of his winning North Carolina, Virginia, and several other states that he won in 2008 are, in my opinion, very small.

Romney has improved his 'game', I think....I have been impressed with his ability to articulate his positions and appear 'Presidential'.  But he remains unimpressive to many Republicans, especially on the more conservative side, which is now most of the party!  So it will be interesting to see he and Perry battle it out.  It would appear that most of the other candidates are out of the game, including Sarah Palin.  It's hard to imagine anyone else getting in now.  If I were a betting man, I would place it on Rick Perry.  Republicans want a 'strong' man, not a reasonable man.

Would it be such a terrible thing if someone like Perry won the Presidency?  After all, with a few exceptions, Obama has governed like George W. Bush, in both his foreign and domestic policy.  I suppose that's a debatable conclusion, but the basic point has been made by numerous observers recently.  So, rather than having a Democrat govern like a Republican, why not have a Republican govern like a Republican?  Then, when people realize how dreadful that is in terms of its impact on ordinary people, the Democrats can possibly get their act together and actually elect someone who will govern like a real Democrat!!  (Which is what we thought we were getting with Obama, but as the guy in the previous video puts it, he pulled a 'bait and switch' on us.)

Meanwhile, the economy continues to weaken, and people grow more desperate.  And no one seems to know what to do.  I've been saying this for years now that this is probable course of events, so I'm not surprised.  Deeply saddened, of course, but not surprised.
Posted by Carl Lindquist at 8:56 AM