Libertarian foreign policy expert Leon Hadar argues that libertarianism needs to overcome its naivité about the strong role of nationalism in the world: 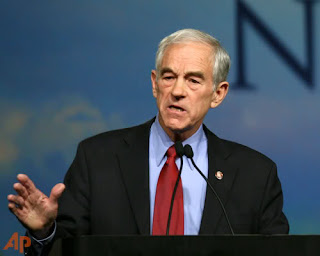 ...while libertarian economic policies have been tried out by Washington, with self-described libertarian officials and lawmakers doing the trying, aside from Ron Paul there has been no instance of policymakers of the libertarian persuasion embracing, or even considering, the noninterventionist strategies advocated by Cato. If anything, it is the progressive wing of the Democratic Party that has been trying—and not very successfully—to promote such policies, which Republicans typically bash as “anti-American.”

In a way, underpinning the philosophy of American libertarianism—and mirror-imaging that of 19th century socialism—has been the belief that the political institutions of the nation-state would fade away as the principles of political liberalism and the free market spread worldwide, making traditional foreign policy irrelevant. Nations would focus most of their energies on trading with each other: making money, not war. All we need to do is reduce the power of government over the economy, ensuring that governments don’t have the resources to fight wars. That is a more important goal than considering the intricacies of, say, American policy in the Middle East.

But to paraphrase what Trotsky said about politics, “You may not be interested in foreign policy—but foreign policy is interested in you!” At a time when almost 40 percent of the expenditures of the federal government go to America’s wars and other defense and defense-related tasks, the notion that cutting taxes can bring us to the libertarian Promised Land sounds delusional. That is exactly what President George W. Bush and the neocons tried to do for eight years—and failed. The problem is not going to be solved by reducing Pentagon waste, but only by transforming U.S. strategy in the Middle East.

American libertarians need to recognize what socialists and classical liberals in Europe came to conclude after the two world wars—that nationalism remains a mighty political force that cannot be overwhelmed by the power of markets and globalization. That explains why Bush’s Freedom Agenda helped release the power of tribalism, ethnicity, and religion in the Middle East, as opposed to creating liberal political and economic systems. It also explains why the American people and right-wing elites remain attached to their own form of nationalism, American Exceptionalism.

Such nationalism may not make much sense from the economic point of view that drives libertarianism, yet it is a reality that is not going away any time soon. Under these conditions, libertarians can only do foreign policy by working with other groups on the left and the right, including the members of the somewhat dormant realist wing of the Republican Party, traditional conservatives, and progressive Naderites. This is their only hope to counter the influence of neoconservatives and liberal interventionists.

At the same time, libertarians following in the footsteps of classical liberal political forces in Europe—Germany’s Free Democratic Party comes to mind—need to draw an outline of a pragmatic, less militarized, and less interventionist foreign policy, while still working to strengthen political liberty and free markets at home. In short: advancing Classical Liberalism in One Country.

I'm glad to see this, because I've been thinking along these lines for sometime. There is a powerful streak of utopianism in the libertarian philosophy, that cannot work in the real world. While they can bring a strong and valuable critique in the economic world, especially in our very statist world, their foreign policy thinking is less valuable because it is based on simplistic, utopian assumptions about the way people think and associate.  While it still good to hear a non-interventionist argument, it is also too easy to dismiss it if it sounds 'pie-in-the-sky' and too idealistic.  To have any leverage in our world, libertarian arguments have got to have a strong dose of realism in them.

People will die for their country--or for their family or their religion or their own personal liberty--every day.  Have you ever heard of anyone willing to die for the free market?

In any case, I still like Ron Paul and his political integrity.  I'm glad he's around, bringing a word of peace and non-interventionism and constitutional fidelity to the table.  Sometimes all he's doing is playing 'devil's advocate', but that's position needs presenting.  He's not always realistic, but given our recent history of global neo-imperialistic actions, he's got a message to tell that Americans need to hear.
Posted by Carl Lindquist at 7:18 AM