Michael Tomasky, political columnist for the Daily Beast, has this to say about Mitt Romney: 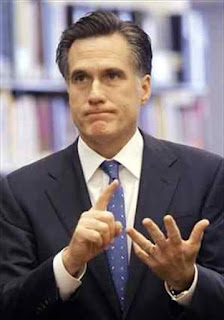 It’s pretty clear by now that Republican voters just don’t want him. Oh, they might yet end up with him. Newt Gingrich is pretty much the last plausible Not Mitt out there—Jon Huntsman and Rick Santorum evidently aren’t going to get their 15 minutes, and Ron Paul has his following but also his obvious limitations. And Gingrich could blow it in any number of ways. So it might yet be Romney, but it’s awfully clear at this point that the GOP base voters are desperate for it not to be.

It’s his healthcare plan. It’s his religion. It’s his style. And most of all, as I wrote a couple of weeks ago, he just fails utterly to embody the rage conservative voters feel about Barack Obama and his vision of America. That is obviously demand number one that GOP voters are making of the candidates—the most important quality they’re looking for. Romney doesn’t do culture-war rage. Completely lacks the instinct for it.

I feel sorry for Romney every once in a great, great while. He’s like an Impressionist painter who strolled into the salons of Paris in 1905 thinking he was going to blow everyone away only to find that tastes have moved on and no one wants to buy his stuff. The Republican electorate is tired of boring and prudent respectability. The Republican establishment, presumably, is decidedly not tired of those things, especially since respectability often equates to electability. The establishment might yet save Romney. But how? What levers does it have?

Romney’s no longer the default choice, and he has no obvious line of attack against the man who is. I’m not sure I’d bet a dollar on Romney now, let alone ten thousand of them.

That pretty well sums it for me as well.  Mitt is not going to make it, unless something very strange happens. And of course, given the strangeness of this season, that could happen as well.  The wheel keeps turning.
Posted by Carl Lindquist at 2:05 PM