You know, I don't think that the collapse of the Eurozone would be the collapse of Europe.  When I've traveled around Europe over the last 15 years, it doesn't really matter all that much that you have some countries with the same currency and others with a different currency.  It's just a little more hassle, that's true, to go between Sweden, with the Krona, and Germany, with the Euro, than say traveling between France and Germany, which both have the Euro.  But not much.  You might have a few Kroner left over that you can't use in Germany.  That's about it.  Just go to the German ATM and get some Euro out.  Big deal. 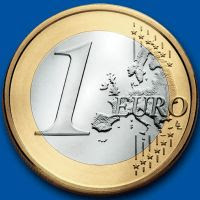 The Euro was probably more of a symbolic matter than anything else, actually. The Euro symbolized a transcending European unity, whereas individual national currencies emphasize the existing national sovereignties.

The bad thing about the Euro is that it allowed the weaker economies to borrow money on the same basis as the stronger economies like Germany.  Not a good idea.  Now of course, everyone wants Germany to pay off those bad debts, which naturally they don't want to do.

But the realities on the ground won't change, no matter what happens to the Euro.  Each country has its own language, its own culture, its own sports teams, etc.  And each nation has its own cultural characteristics when it comes to economics and politics.  The only thing that will change is that the ability to borrow money at a low interest rate (yield) will end, thus ending the artificially high lifestyle engeandered by free credit.  And that of course is a big change for the freeloaders.

And even if the Euro dies, it's unlikely that Europe will ever return to the old ways of war that devastated the continent before 1945.  No more than the U.S. and Mexico are going to go to war anytime soon.  No, those times are gone.  Believe me, European young people are definitely not itching to go fight in the trenches, to put it mildly.  Social unrest and rioting, definitely.  Anarchist plots and domestic terrorism, probably.  But not total war.

The Euro currency looks to be a failed transnational, globalized economic experiment.  Perhaps it's time to just shut it down and return to the status quo ante of 1998: the Drachma in Greece, the Lira in Italy, the Deutschmark in Germany, the Franc in France, and so on.

Different currencies are actually more interesting anyway, national works of art, really.  (I used to be a coin collector when I was a boy.)
Posted by Carl Lindquist at 2:29 PM