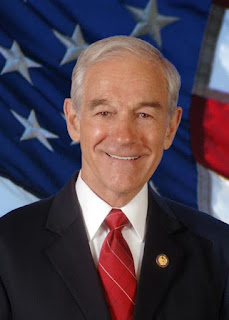 If Paul wins Iowa, [the soft treatment] stops. The conservative press, which has been bored but hostile to Paul all year (just see the National Review’s cover story), will remind its readers that Paul wants to legalize prostitution and narcotics, end aid to Israel (as part of a general no-aid-for-anyone policy), and end unconstitutional programs like Medicare and social security. The liberal press will discover that he’s a John Birch Society supporter who for years published lucrative newsletters studded with racist gunk. In 2008, when the media didn’t take him seriously, Paul was able to get past the newsletter story with a soft-gummed Wolf Blitzer interview. (“Certainly didn't sound like the Ron Paul that I've come to know and our viewers have come to know all this time,” said Blitzer.) This was when Paul was on track to lose every primary. It’ll be different if the man wins Iowa.

And the Washington Post has a major article this morning on Ron Paul's new electoral strength:


As the first votes in the Republican presidential race approach, Rep. Ron Paul has become a serious force with the potential to upend the nomination fight and remain a factor throughout next year’s general-election campaign.

Although few think the congressman from Texas has a realistic shot at winning the GOP nod, he has built a strong enough base of support that he could be a spoiler — or a kingmaker.

Ron Paul has always been--and remains--a libertarian outsider to the Republican Party.  Mostly the Republican establishment tolerates him, as long as he doesn't appear to be having much influence.  The conservative media--like Fox News--does everything it can to discredit him and to make him appear like a clown or a lunatic.

Why is this?  Because Ron Paul is a pure, faithful, uncompromising libertarian.  And libertarianism, while useful at times to the Republican Party, is also seen as terribly threatening in other ways.

Libertarianism is a radical political ideology.  According to one of the most respected histories of the movement--Radicals for Capitalism by Brian Doherty (himself a libertarian):

Libertarians' policy prescriptions are based on a simple idea with very complicated repercussions: Government, if it has any purpose at all (and many libertarians doubt it does), should be restricted to the protection of its citizens' persons and property against direct violence and theft....Libertarians' economic reasoning leads them to the conclusion that, left to their own devices, a free people would spontaneously develop the institutions necessary for a healthy and wealthy culture.  They think that state interference in the economy, whether through taxing or regulation, makes us all poorer rather than richer.

Their ideas and policy prescriptions seem unbelievably radical in the current political context.  But in many ways, libertarians argue, the United States was founded on libertarian principles.  The Constitution defined a role for the federal government much smaller than what it practices today, and it restricted government to a limited set of mandated powers.  Their vision of America has been lost, libertarians argue, through a series of expansions of centralized federal power dating back at least to the Civil War...and including as cusp points Progressive Era reforms, the New Deal, and the Great Society.

While the world has undoubtedly turned in some ways in a more libertarian direction...in many ways the libertarian movement remains a radical underground whose true influence is yet to come.

The Republican political and media establishment really don't fear a Ron Paul victory, I think, but they do fear his growing influence in the party, especially the ability to act, as the WaPo indicates, as a real political force or kingmaker at next summer's convention.

This is true especially in the area of foreign policy, where the Republican Party has for the last fifty years been very hawkish (as opposed to its pre-WWII history when it was more non-interventionist).  The military-industrial-congressional complex is not AT ALL happy with the prospect of a Republican Presidential candidate who will not grant their every wish.

Since I believe the Defense Department and its related military contractors have become a bloated parasite on the national economy, far exceeding our true national defense needs and realities, I hope Ron Paul wins Iowa!

But please, Congressman Paul, watch your back, because you are making some powerful enemies, and they have some very deadly ways of defeating their enemies.
Posted by Carl Lindquist at 12:21 PM