Michael Gerson, a conservative columnist for the Washington Post and as clear-eyed and sensible as those kind of people come, gives three reasons why Obama might just pull this election out (though Gerson himself doesn't seem to like that prospect): 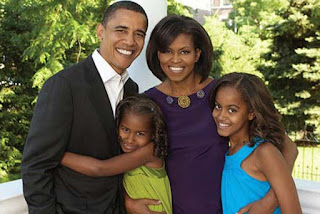 First, despite their griping, Obama’s base still believes. Support among Democrats and African Americans is solid. Obama’s recent conversion to the old-time Democratic religion of class conflict — preached at Occupy Wall Street tent meetings — has rallied American liberalism. This approach has its limits. A message that shores up support from the left may complicate Obama’s appeal to independents. The construction of a 43 percent floor may also involve the construction of a ceiling not far above it. But Obama’s appeal to the political middle was no longer working. A base strategy was his only credible strategy, and it seems to have prevented a polling collapse.

Second, while voters may be disappointed with Obama’s job performance, they have not turned on Obama himself. His personal approval is strong. Here there is a significant gap between the American public and, well, me. I have often found Obama’s public manner to be professorial and off-putting. Americans seem to think it calm, self-possessed and reassuring. Even in his failures, Obama does not seem hapless. He fully inhabits the public role of commander in chief. And Obama’s commitment to his family — his protection of their privacy and normality — is widely admired....

Third, it is now evident to everyone but Republicans — who report themselves resolutely satisfied with their choices — that the Republican presidential field is weak. In a contest of Romney, Mike Huckabee, Chris Christie and Mitch Daniels, iron would have sharpened iron. Instead, the GOP race has been a series of trial balloons, popped by cluelessness, incompetence or impropriety. Each front-runner, in turn, seems inevitable just before becoming unimaginable. These episodes of manic enthusiasm, in retrospect, seem desperate and discrediting.

Given the alternatives, unlike Gerson, I am more and more liking this possibility.
Posted by Carl Lindquist at 10:53 AM