Obviously, every religion can seem strange to those outside its doors.  And we often take our own strange beliefs for granted, normalized as they are to us by familiarity.  Yet when traditional Christians encounter Mormonism, there can be a rather shocking reaction to how different some of their beliefs and practices are.  (Obviously, it is also true that Mormons and non-Mormon Christians share many Christian beliefs and practices, given that we share a reverence for and reliance upon the Bible.)

Here's my Top 10 List of unusual Mormon beliefs and practices. 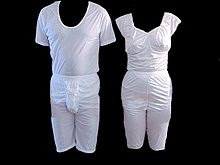 # 10:  Faithful Mormon adults are expected to wear a special 'temple garment' under their clothes at all times. These sacred underwear are thought to provide protection from evil and are a sign of Mormon covenant fidelity and faithfulness.

# 9:  Mormons revere the Christian Bible, but they have added to it three other scriptures of equal value: the Book of Mormon, the Doctrine and Covenants, and the Pearl of Great Price.  Many of their most unusual doctrines and practices come from these other scriptures. In addition, the Mormon President--as the 'Prophet, Seer, and Revelator'--can add new revelations/scripture anytime he feels so inspired (although these days that rarely happens). 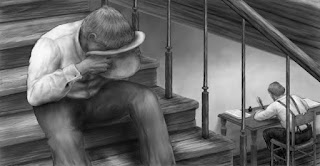 # 8:  The sacred Book of Mormon is alleged to have been found on ancient golden plates buried in a hill in upstate New York, just outside of Rochester. Furthermore, Mormons teach that these plates were translated from their original 'reformed Egyptian' language into English solely by the uneducated, 24-year old Joseph Smith.  He did this supposedly by looking into a hat, where his magic 'peep stone' was sitting. The English words appeared miraculously in the stone.

# 7:  Mormons believe that the American Indians are descendants of ancient Jews, who migrated to America (the new Promised Land) from Israel long before the birth of Christ.  The Book of Mormon teaches that these Jews crossed the Atlantic Ocean in a large, Ark-like ship.

# 6:  Joseph Smith taught--and thus Mormons believe--that the original Garden of Eden was located, not in the Middle East, but in Missouri.

# 5:  The Book of Mormon teaches that Jesus appeared after his resurrection to the Indians (ie. Jews) in America, and that Jesus' coming millennial kingdom and New Jerusalem will also be in America (again, probably in Missouri).  This shows the special place that America (and Missouri) has in Mormon theology.

# 4:  One of Mormonism's biggest objectives is to build Mormon Temples all around the world.  Temples are used for the most sacred Mormon rituals, such as baptism for the dead, Mormon weddings, and the Endowment Ceremony.  Mormons believe that deceased non-Mormons can be given the opportunity to become Mormons through the vicarious baptism of living Mormons in their Temples.  This is one of the biggest motivations for the extensive Mormon investment in family genealogy: to find dead family members and have them baptized posthumously for their salvation.

# 3:  The Mormon Endowment Ceremony, conducted in the Temples, has long been controversial for its connection to Masonic traditions.  Before it was eliminated in the late 1980s, the Endowment Ceremony contained a Masonic-like ritual in which a vow was taken, with appropriate motions, that the vow-taker would be subject to having their throat slit and their intestines disemboweled if they ever revealed the contents of the ceremony.
﻿
# 2: The Church of Jesus Christ of Latter-Day Saints (LDS), the largest Mormon church, teaches that God the Father has a physical body and that there is a Heavenly Mother, who also has a physical body.  Together, our Heavenly Father and Mother produce 'spirit children', who are then incarnated into physical bodies (us).  This would seem to imply 'heavenly sex', and indeed this is supported by a statement by the second President of the Mormon Church, Brigham Young: "[God] created man, as we create our children; for there is no other process of creation in heaven, on the earth, in the earth, or under the earth, or in all the eternities, that is, that were, or that ever will be."

And finally, # 1:    The good news is that marriage in a Mormon Temple guarantees that you will be married for eternity in the celestial kingdom (and possibly, for you men, with many wives, as had the 19th century Mormon polygamists).  And like God the Father and Mother, Mormons will continue to have heavenly--and I do mean heavenly--sexual relations for eternity, producing innumerable 'spirit children' that will populate the unique planet of their father and mother, who have become gods themselves.  (All this has led some to charge Mormonism with effectively being polytheistic in their theology.)

But the bad news is that all non-Mormons will only be non-sexual spiritual beings in the lower levels of heaven.  Better give that some thought before deciding not to become a Mormon (though being an angel is still a lot better than burning in hell!).

[You can see all my posts on Mormonism here.]
Posted by Carl Lindquist at 10:07 PM