A Primal Rant As We Approach the Election

This morning I just want to rant.  This election does not feel right to me at all.  It could be just a case of SAD on my part, but it could also be that I'm sensing this thing slipping away from Obama.  Nate Silver has him with odds of winning around 75%, but it sure doesn't seem that high to me in my gut.  It seems like it could go either way. 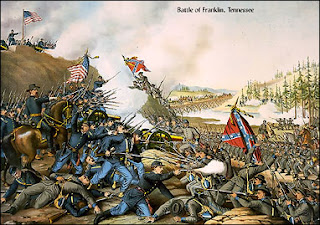 Mitt Romney's campaign message has basically degenerated into a series of false accusations and misleading statements about Obama's record.  The American economy seems to be turning around quite nicely (though a tad late here in this election season), in contrast to most of the rest of the world which is slipping into recession, but Romney continues to paint Obama's economic policies as complete failures.  He portrays the awful statistics of the economic crash that Obama inherited as if they were his fault, rather than the junk that he inherited from his predecessors and that he had to clean up before he could do anything else.  And he has come a long way in doing just that, but doesn't seem to be getting much credit for it at all.

In the area of foreign policy, Romney has for almost two years now accused Obama of being weak, vacillating, an appeaser and apologizer, all of which has no basis in fact.  Then, in the third debate, Romney essentially agreed with every Obama policy, almost without exception.  Huh?  What's that all about?  Romney was so much as admitting that everything he had said about Obama's conduct of foreign policy had been false.

Yet none of this duplicity seems to be registering with the Independents and Undecideds who are supposedly the ones who will decide this election.  They are breaking toward Romney, it seems, probably under the blizzard of pro-Romney ads blanketing the airways in the last couple of weeks.

I want to give Mitt Romney his due.  As a candidate, he comes across to me as tireless, unwavering, tenacious, relentless, and clever, all of which are normally good traits (and indeed are valuable in many endeavors). Except in this case, he also comes across as a snake-oil salesman, trying to sell a defective product that will either do no real good or may do real long-term harm to this country of ours.

Who knows what Mitt Romney really believes or what his true convictions are, other than his ambition to be President? Having once been a moderate (ie liberal) Republican from Massachusetts, he swung to the hard right for the primary season and some of the general campaign, but in just the last few weeks, has etch-a-sketched back to the middle, on foreign and domestic policy. He's been all over the map ideologically and has flipped and flopped without the slightest expression of shame or hesitation. His eye is on the prize, and he clearly will not let such minor considerations as principles and convictions--or even basic honesty--get in the way of winning that prize.

This is what I feel sure about with Mitt Romney. One, he desperately wants to be President of the United States. Two, he is a devout Mormon, with the values and worldview that Mormonism brings. And three, he has few core political convictions, except that he wants to protect his own wealth and that of his other rich friends, which means that he will espouse a fairly hardcore laissez-faire economic philosophy, with its assorted social and political consequences.

Other than these three core 'values', Romney will probably feel comfortable turning over the rest of the governing to the (mostly) men that he will appoint to the crucial positions around him in the White House. So a lot depends on who those people are, and if Romney is elected, we'll know a lot more about the future when we see who he puts forward to be his inner circle of advisors.

If Mitt Romney wins the Presidency, I really don't believe he will 'wear well' with the American people (how he has made himself 'likeable' in the last month of two is a big mystery to me). I think within a few months, some Americans at least will wake up and realize that they made a terrible mistake, electing as President a person with no experience or feel for conducting foreign or military policy, and whose primary objective will be to protect the wealthy elite from the grasping predation of the takers and moochers of society (just as he said in that secret '47%' tape, which I think expressed his true beliefs). The 1% (or even 10%) of this country with most of the wealth will of course be pleased, knowing that their financial patrimony is secure. As for the other 99%, well, not so happy....

Furthermore, they will find out that they rejected a very good man and President in Barack Obama, who had done a very credible job leading this country in a very difficult time in our history. Surprise, surprise, he really was not the radical, Kenyan, lazy and stupid socialist that the Right was painting him to be! But then it will be too late, because power will be back in the hands of the Right, and I don't think they will not give it up easily again.

On the other hand, if Obama wins the election and gets a second term, I frankly fear for his life. There are forces in this country who will not take no for an answer when it comes to ousting him and what he represents from office (including his race). Obama has always compared himself with Abraham Lincoln, and it could be that he is more like Lincoln than we would like to think. In my view, there are primal forces engaged in a titanic struggle (cold civil war?) here, which perhaps accounts for the Right's recent manichean outlook. And who knows, perhaps it also accounts for all the strange movies these days, about superhuman heroes and villains, vampires and zombies, and alien invaders from space.

So, in a way, it seems that I am somewhat pessimistic either way this election turns out. I don't like that, but that's the way it is.

Or maybe I just didn't sleep well last night, and I'm taking it out on you, dear reader!
Posted by Carl Lindquist at 9:13 AM