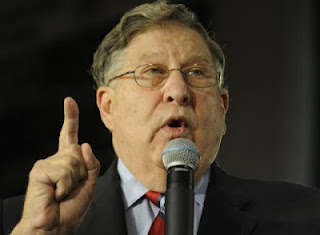 Here you have a talented young black man in America, whose father, a young black Kenyan, came to America on a scholarship and received a Masters degree in economics from Harvard University, and whose mother received a Ph.D. in Anthropology from the University of Hawaii.  Barack himself attended Occidental College, Columbia University, and finally, Harvard Law School, where he was assistant to Law Professor Laurence Tribe and the first black editor of the Harvard Law Revew, the most prestigious position for a student in legal education.

Spurning the normal route to riches and fame after law school--Wall Street or one of the prestigious law firms--Obama goes to Chicago, helps the impoverished black neighbors through community organizing, and then pursues politics, being elected to the Illinois State Senate.  Then he crushes the hapless (but very intelligent) black conservative Alan Keyes in the U.S. Senate race from Illinois, and finally puts together a campaign that beats both his democratic challenger Hillary Clinton in the primaries, and then his Republican opponent, John McCain, winning over 52% of the popular vote and a huge majority of the electoral college, in the process becoming the first black President of the United States.

And so you're telling me, Gov. Sununu, that Barack Obama is lazy and stupid?  He's not lazy or stupid at all, just the opposite.  It's just that you've got your big, fat head, with its big, fat mouth, up your big, fat ass.

Put that in your pipe and smoke it, you pathetic piece of white trash.
Posted by Carl Lindquist at 11:11 AM