Doing the Job on President Obama 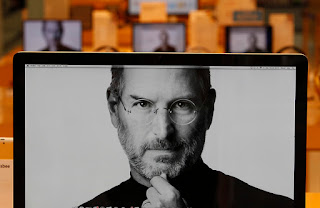 Jobs, who was known for his prickly, stubborn personality, almost missed meeting President Obama in the fall of 2010 because he insisted that the president personally ask him for a meeting. Though his wife told him that Obama “was really psyched to meet with you,” Jobs insisted on the personal invitation, and the standoff lasted for five days. When he finally relented and they met at the Westin San Francisco Airport, Jobs was characteristically blunt. He seemed to have transformed from a liberal into a conservative.

“You’re headed for a one-term presidency,” he told Obama at the start of their meeting, insisting that the administration needed to be more business-friendly. As an example, Jobs described the ease with which companies can build factories in China compared to the United States, where “regulations and unnecessary costs” make it difficult for them.

Jobs also criticized America’s education system, saying it was “crippled by union work rules,” noted Isaacson. “Until the teachers’ unions were broken, there was almost no hope for education reform.” Jobs proposed allowing principals to hire and fire teachers based on merit, that schools stay open until 6 p.m. and that they be open 11 months a year.

Despite all his vaunted successes (though I've never owned one of his gadgets and have managed just fine), it sounds like he didn't have good social skills.  Or to put it a little more bluntly, Jobs could be quite a jerk at times.
Posted by Carl Lindquist at 9:38 PM