Pastor Jeffress and the Mormonism of Mitt Romney

In England, until as late as the early 19th century, any person wanting to fill a public office was required by law to be a member of the Church of England.  Office seekers did this by taking an oath certifying that they did not believe in Roman Catholic transubstantiation and by receiving Communion in an Anglican Church within a short period of time of taking office, thus demonstrating they were neither 'popish' Catholics or nonconforming Protestants (like Puritans).  The laws requiring this were called the 'Test Acts'. 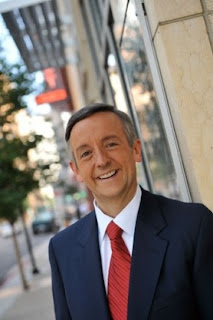 Such a thing was reprehensible to the American Founders, since the American states had a great diversity of denominations and religious sects, hundreds of them in fact.  So the Founders placed a prohibition on such 'religious tests' in the Constitution (Article 6, Paragraph 3).

Now, of course, this basic constitutional provision does not forbid individual citizens from deciding for whom to vote based on religion.  For example, if a Pentecostal prefers to vote for a Pentecostal over a Baptist, or vice versa, that's perfectly legal and, for all I know, moral as well.  Or if a Catholic decides that s/he could never vote for a Unitarian, or vice versa, that is within their rights.  The only thing this constitutional 'religious test' says is that the federal government itself may not discriminate against Methodist, Baptist, Catholics, or Unitarians in terms of elective or appointive office.

All that to say....that Pastor Robert Jeffress of Texas, an 'evangelical' Baptist preacher, was perfectly within his rights to say that he preferred a 'born again' evangelical Christian over against a devout Mormon when it came to the Presidency of this free land.  You may disagree with him, as may I.  You may think Pastor Jeffress to be a very narrow minded person, with a deep prejudice against Mormons, which he may be.  But, as we say, this is a free country.  And Pastor Jeffress was just expressing his personal opinion in a setting in which he felt free to do so.

I, on the other hand, might like to say that I was a bit uncomfortable in 2008 with John McCain having received the endorsement of Rev. John Hagee, that crazy apocalyptic, anti-Catholic, pro-Zionist preacher (also) from Texas.  (They sure do have some dooseys down there in Texas.)  In fact, I did say that on this very blog a few years ago.  So I like our national freedom to say what we want, even if it may transgress someone else's sense of what is politically correct.

So Preacher Jeffress, feel free to let 'er rip.  Just let it all hang out.  It's perfectly legal and frankly, it's the American way.

Just know that you'll probably get it all back in spades, so I hope you have a thick skin.
Posted by Carl Lindquist at 8:13 PM