Economically, We Are Clueless

As we've all been finding out since 2008, the last 30 years have largely been a time of economic illusion and deception in the Western world.  John Lanchester comes to the following conclusions about how this could have happened, in his review of Michael Lewis' new book Boomerang. 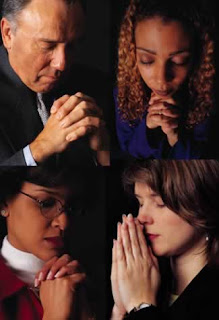 Many of the people who did stupid things...did so because everyone around them was doing them too, and because loud voices were telling them to carry on. The Icelanders who bought cars with foreign currency loans were sold them by financiers who promised that it was a good idea; the Irish who bought now-unsellable houses on empty estates were told, by builders and bankers and the state, that this was a once-in-a-generation opportunity; the Greeks who are, at the time of writing, furiously rebelling against austerity measures were falsely told that the state could afford to look after them, and arranged their lives accordingly.

The collective momentum of a culture is, for more or less everybody more or less all of the time, overwhelming. This is especially true for anything to do with economics. The evidence is clear: it is easy to mislead people about money, and easy to lead members of the public astray both individually and en masse, because when it comes to money, most of us, most of the time, don’t know what we’re doing. The corollary is also clear: the whole Western world misled itself over debt, and the road back from where we are goes only uphill.

This makes sense to me. We all want scapegoats, of course. Depending on our ideology/politics, we want to blame Freddie Mac, or the poor saps who took out the subprime loans, or the bankers who got bloated on profits, or Barney Frank, or Alan Greenspan, or a thousand other candidates.

And every one of the above persons or institutions had a hand in the debacle.  Indeed, we all, you and I, had a hand in this.  Yet once this economic machine was put into gear and got rolling, almost nothing was going to stop it.  "Collective momentum of a culture" indeed.

And nothing is going to stop the unraveling either, it seems. Or at least not anything I can think of.  Or is it possible that we could all have a hand in the solution and the resolution?  Work together, for God's sake?

That, my friend, will definitely take the work of a God in heaven.  A miracle, in other words.  Everyone, to your knees!
Posted by Carl Lindquist at 2:34 PM