I have just run across the very interesting fact that all three of the first three Presidents and Prophets of the Mormon Church--Joseph Smith, Brigham Young, and John Taylor--had been Methodists prior to becoming Mormons.

As a retired Methodist pastor, I have to say: "what's up with that?"  I'm not sure, but believe me, I'll tell you if I figure it out. 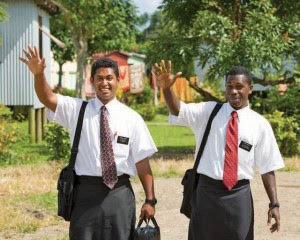 In the meantime, here's a interesting story of the conversion of a British man to Mormonism in the early days.  (It seems that England was a very fertile field for Mormon missionaries.)  This account comes from an online 1911 biography of Brigham Young by Frank Cannon and George Knapp, entitled Brigham Young And His Mormon Empire (p. 60).


John Lamont,a Scotch miner well versed in the "metapheesics" of Calvinism, and noted all through the region for his continuity as well as skill in debate, was present at a meeting addressed by one of the Mormon missionaries. One over-zealous Calvinist was rude in his opposition to the new gospel.  Lamont rebuked him for violating the rules of discussion, and in turn was twitted by his fellow miners:  "Jock, ye're in a fair way o' becoming a Mormon yoursef!  "I? Never!" shouted Lamont "I'll deny me God first!"

Then some of his friends taunted him: "Did ye no say, Jock, that before ye'd join the Mormons, ye'd deny your God?" "I did," retorted the unabashed controversialist. "My God was a useless, helpless figment o' man's mind, without body, parts, or passions. I have denied that devilish error. I now have the one true God, the Father o' all mankind, a glorious personage who was once a man like myself!"

If you think those days are over, think again. One LDS website I read said that at any given moment, there are about 55,000 Mormon missionaries worldwide preaching the Mormon gospel.
Posted by Carl Lindquist at 10:58 AM