Mormons: From Diabolic to Angelic in 140 Years

As I've continued my reading in Mormonism (I've almost forgotten what started me on this wild goose chase!), I went over yesterday to the University of North Carolina at Greensboro (UNCG) library--a really fine library, I might add--to take some books out on the subject of the Latter Day Saints.

And the first one (of the nine I borrowed), Sojourner in the Promised Land, is by Jan Shipps, a leading non-Mormon historian on Mormonism.  In an essay she wrote about a decade ago, she dealt directly with an important subject, to wit, the perception of Mormons within the general American public from the years 1860 to1970. 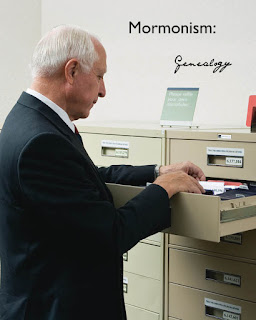 Although I'm going to quote her at some length in a moment, I can easily summarize her findings.  And that would be that for the first hundred years of Mormon existence, from 1830 to around 1930, the overwhelming sentiment among non-Mormon Americans to the Latter-Day-Saints was overwhelmingly negative.  But since 1930, Americans have increasingly seen the Mormons in a much more positive light.

(The question which I want to wrestle with in a future post is: will that positive perception continue, or has it somehow become more negative in the last decade or two.)


At first everything was subject to criticism. The religion was "one of the most monstrous systems of imposture ever born of Satanic cunning, or accepted by credulous man," as one commentator put it. The Mormon leaders were cruel, unethical, ambitious, greedy, and immoral; the people were crude, course, illiterate, dishonest, and sensual; and the system was totally foreign to the United States.

The demise of polygamy and the arrival of Utah statehood [circa 1890] made little difference in the way the Mormon religion was described; it was still ridiculous, and if anything, even more un-Christian than it had been in the past. However, there was a definite change in other areas. The leaders were even more ambitious, greedy, unethical, and immoral, but now they were invariably able, efficient, and effective as well. The people were inherently good but, as the victims of the temporal ambitions of their leaders, still a part of an unAmerican system....

Between 1935 and 1960, there was almost no emphasis on Mormonism's origin or how Mormonism differs from Christianity. At this point, the important thing was not what the Mormons believed but the fact that they believed it sincerely. With the increasing emphasis on self-reliance, the people were no longer seen as the victims of their leaders, who were--in any case--gentle, thoughtful, and kind people of the highest ethical and moral character presiding over an extraordinary American society and culture....

Descrptions of [Salt Lake City] that stood at Mormondom's center in the years following the transformation of the Mormon image in the 1930s were foreshadowed by a description of Utah written in 1912: "If ever the typically American qualities, the dauntless enterprise of the pioneers, their fierce courage, their ingenuity, adaptability and foresight left a monument for prosperity, that monument is the new Zion overlooking the Great Salt Lake."

The Vietnam War years propelled a new negative to the fore in the United States. This was the time of the "hippie generation," of long hair, short skirts, bare feet, marijuana, and not LDS but LSD. Whereas a century earlier, Mormons had been the very epitome of being un-American, they became more American than the Americans in the 1960s. They looked the way most people, at least in the older generation, though Americans ought to look and acted the way Americans ought to act. With rampant sexual permissiveness, young people living together without benefit of marriage...it seemed to many of the nation's citizens that Mormons were exemplary figures....