The Wisdom of China, the Foolishness of the West 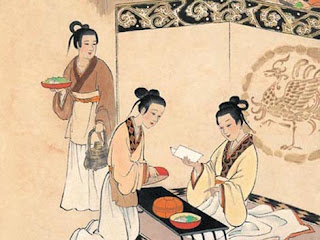 The Chinese official was perplexed. “It seems clear that taxes have to go up as a share of GDP and spending has to go down. When is that going to happen?”

We were in a seminar room at the Chinese Executive Leadership Academy in Shanghai. It’s kind of an executive MBA center where rising Communist Party leaders come for training. I was there two weeks ago speaking about the future of capitalism. Since China holds more than $1.1 trillion of U.S. debt, the group was keen to learn when they could expect the United States to get its fiscal house in order.

I gave them the answer I generally give these days when asked that same question at home. Given Republicans’ denial about the need for taxes to rise as we double the number of seniors on Social Security and Medicare, and Democrats’ denial about the need to slow the growth of these huge programs as part of an overall fix, I explained, “We probably won’t get serious about taking these steps until our Chinese creditors tell us we have to.”

They laughed. But after the laugh you could tell my hosts also felt empowered. They have reason to feel that way. Yet from the American point of view, it’s not only not funny, it’s surreal.

According to the IMF, China’s GDP per capita is about $8,400. The United States’ is about $48,000. How can it be that a country nearly six times richer is relying on a country so poor to help finance its current consumption?...

The Chinese long believed that, however suspect we American capitalists might be, we certainly knew how to run a productive economy. Now, while they still admire much about our innovative energy and dynamism, they’ve become convinced since the 2008 meltdown that we plainly don’t know how to run a sound financial or banking system. And now it appears we can’t manage a budget, either.

China’s leaders, for all their flaws, are out to reclaim a great civilization’s place as a cultural and economic pacesetter. The way they see it, the Chinese were waylaid on a 200-year detour as the West surged ahead, but they’re coming back to their rightful place.

China’s governing class has its eye on history. Ours has its eye on the next election and next quarter’s earnings. If the time horizons remain this different, and the stewardship gap this huge, who’s a better bet to come out stronger in the decades ahead?

Think of it this way. A very frugal, lower-middle class lady, making about $50,000 or less, lives in a plain but comfortable house in a not-at-all fancy neighborhood. She raises a garden, doesn't buy fancy clothes, and drives used American cars. She lives a comfortable if somewhat simple life. She has networks of family and friends whom she loves and who love her. Yet she banks enough surplus to end up with hundreds of thousands of dollars in the bank at her death.

On the other hand, a wealthy yuppie couple makes $250,000 a year, but spends every penny of that on BMWs, a McMansion, country club memberships, expensive vacations, etc., etc. Not unexpectedly, they have very little in savings and huge debt levels.

This is my mother and some hypothetical yuppie couple. This is China and the U.S.  This is perennial wisdom versus foolishness.
Posted by Carl Lindquist at 9:19 AM