Mormons 1970-2010: Going From 'Super-Americans' to 'Wearers of Funny Undergarments'

In a recent post, I sketched out a basic thesis as to how Mormonism had been perceived by non-Mormons in the first 140 years of their existence, from 1830 to about 1970.  Using research by respected scholar Jan Shipps, it appears that Mormons went from being 'demonized' for the first hundred years (1830-1930) to being considered 'more American than Americans' (1930-1970). 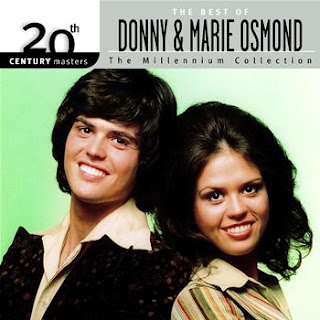 More recently, however, it seems that Mormons have, for the last 40 years, begun to come under increased scrutiny and criticism, both for their distinctive Mormon beliefs and for their corporate practices.  (See Professor Shipps in her essay, "Surveying the Mormon Image Since 1960", in Sojourner in the Promised Land (2000.)

Why?  I wish I could give you one summary paragraph from Dr. Shipps essay but, alas, she did not provide us with one, so here's my inadequate attempt to do that.

First of all, post-World War II Mormonism, like other forms of conservative religion in America, began to grow (while mainline Protestants continued shrinking).  In the process it went from being a small religious sect isolated in the Intermountain West, to a major religion exploding across the world.  Part of this growth included projecting what they wanted the world to see and think of them through enhanced efforts at public relations.

Indeed, at least part of the Mormon's squeaky-clean, "super-American" image (think Donnie and Marie Osmond) was a result of an intentional "image management" effort.


...by 1980 the Mormon image was not simply transmitted through Tabernacle Choir performances and the publication of engaging articles in the periodical press. It was being attentively shaped by skilled public relations people from whose offices issued a steady stream of press releases telling the world about the LDS Church and its members. (p. 102...Italics mine)

Secondly, Mormon growth and great public visibility also had a somewhat paradoxical effect.  Instead of being a protected minority religion, that receives "the protective tolerance that minorities ordinarily receive, especially regarding what they believe", Mormonism now had to begin to face the critical scrutiny that every major religion in American faces.


As such, the Saints are mostly admirable; they work hard, have wonderful families, and care for each other.  But--and this is a qualifier that is nearly always present in substantial stories about the Saints--their alternative belief system not only leads to novel worship practices but also opens the way for the church hierarchy to exercise authoritarian oversight over everything from the intellectual lives of church members to the church's vast and, reflecting steadily escalating tithing revenue, expanding business and real estate holdings. (p. 111)

Professor Shipps cites, among other things, the competitive market


that seems to have caused conservative Protestants to regard the success of Latter-Day Saints as illegitimate. One result of this rivalry for religious commitments was that a good market existed for anti-Mormon materials, the most spectacular of which turned out to be God Makers: The Mormon Quest for Godhood...the purpose of which was the unmasking of the "myth of Mormonism"....(p. 102-103)  [Bloggers note: God Makers, which can be viewed online by clicking on the title, is definitely fascinating and worth watching, since it is mostly ex-Mormons narrating or being interviewed, which in turn gives it a certain authenticity.  But it is definitely not slick or sophisticated!]

Along with this came exposes in the secular press of the new polygamy taking place in "the traditional Mormon culture region".


Something as countercultural as the new polygamy, which has been vigorously proscribed the LDS Church but tolerated within the Mormon community, could be shielded, at least partially, from public view. In much the same manner that large extended families sometimes manage to keep pushing a skeleton back into the family closet, as long as the Saints remained a minority, their tacit acceptance of the practice of plural marriages in the LDS culture region did not become a scandel....

But now that these plural relationships once sanctified by the church have been tied to the victimization of women and children and possible abuse of governmental resources, continuing tolerance of the practice in the Mormon culture region will probably be less aceeptable [to the larger American public] that it has been in the past half-century. (pp. 112-113)

Another major factor in the last half century has been the growing effort of dissident and excommunicated Mormons to share their 'apostasies' with the larger American public. Probably the most celebrated dissident since World War II was historian Fawn Brodie, who wrote a ground-breaking biography of Joseph Smith, No Man Knows My History, which got her excommunicated from the LDS.

Jerald and Sandra Tanner, less sophisticated but perhaps therefore even more effective in their Mormon dissent, have been active in anti-Mormon efforts for a half-century, since leaving their cradle Mormonism behind around 1960.  Their website, Utah Lighthouse Ministry, remains one of the most respected and complete of the anti-Mormon resources.  (It helps that Sandra Tanner is the great-great-granddaughter of Brigham Young.)

Another major dissident was Mormon historian D. Michael Quinn, whose ground breaking book--Early Mormonism and the Magic Worldview--was an earthquake on the issue of Mormon origins.  After teaching for nearly ten years at Brigham Young in the History Department, he and five other Mormon intellectuals were excommunicated from the church in September, 1993.  They became known as the September Six.

There are numerous other dissident Mormon websites on line, such as MormonThink.  All of them help to give a distinct perspective than what you might get from the LDS official line.

Finally, in the last several years, the primary impetus for even more scrutiny of Mormonism has come from the Presidential candidacy of Mitt Romney.  That certainly is the case for why I'm doing these posts on my blog.  And I expect this will continue and increase if Romney moves closer to the Republican nomination.

I saw somewhere online that some Mormons are predicting that the liberal/left will soon take the leading role in new attacks on Mormonism, in order to help defeat the candidacy of Mitt Romney.  I suspect that may be so, and believe me, there's a lot of ammunition out there for them.
Posted by Carl Lindquist at 2:13 PM