A Bank for the Super Rich. That's What I'm Talkin' About!

I thought this was an interesting piece in the Huffington Post, about Wells Fargo opening a bank--Abbott Downing--for the super rich.  Read it carefully.  Notice anything? 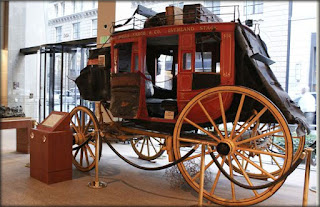 Wells Fargo Co.'s new bank for the super rich is set to open in Chicago, targeting households with $50 million or more to invest.

Abbott Downing is named after a 19th century custom carriage builder who catered to the wealthy, according to UPI. The firm has $27.5 billion in client assets and about 300 people on staff -- including psychologists and staff dedicated to building family genealogies, the Chicago Sun-Times reports.

"Abbot Downing goes beyond traditional wealth planning analysis by focusing on clients' values, goals and vision," James Steiner, who will run Abbot Downing, said in a statement. "Our advisors and Family Dynamics consultants focus not only on traditional wealth planning, such as cash flow, investments and wealth transfer, but also on human dimensions, such as family legacy, governance, leadership transition, family education and risk management."

The brand will reportedly be launched in April 2012. Aside from an office in Chicago, they will also be opening in San Francisco, Los Angeles, Scottsdale, Denver, Houston, Minneapolis, Philadelphia, Charlotte, Winston-Salem, Raleigh, Naples, Jacksonville and Palm Beach.

North Carolina is the only state, other than Florida, slated to have an Abbot Downing bank branch in three of its cities.

Yes!!  I knew I lived among rich people!  Will the blessings of Carolina never cease?
Posted by Carl Lindquist at 5:27 PM