No Man Knows My First Name 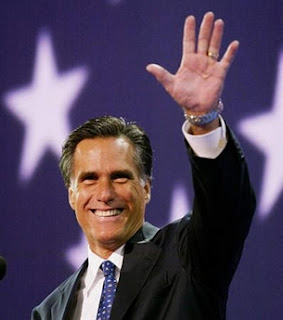 But it’s not.  Mitt is the candidate’s middle name. His first name is Willard.

So wrote Gene Robinson of the Wa Po.

I don't get it. Why would Romney say something so obviously wrong? He clearly knows his first name (named after the Romney family friend and Mormon hotel magnate Willard Marriott). And he surely knows that others know that, since Al Sharpton on his MSNBC show constantly calls him Willard instead of Mitt.

There seem to be only two options here: one, that Mitt Romney was trying to make a lame joke, or two, that he is a pathological liar. (I say 'pathological' because I don't see this as a moral issue--since Mitt is nothing but moral, at least in the Mormon way--but as a psychological one).

Trying to make a joke--which doesn't work--makes the most sense at this point.  (And the joke only works if he's assuming that 'Mitt' is his 'functioning' first name, as it were.)  But if that's what he did, why doesn't he just come out and admit it.  If he doesn't explain such an obvious gaffe, he leaves himself open to the other explanation, which is a whole lot less acceptable.

The other option--pathological liar--would tie into his Mormon roots, of course. And I'll explain that in a future post about the deception that has become almost normative for the whole Mormon enterprise, in terms of their beliefs and their history.

But I still don't want to believe that is the case for Romney here. So, giving Mitt the benefit of the doubt here, I'm going with the lame joke.

Ps. I appreciate the attempt to 'humanize' yourself, Mitt, but you're going to have to do better than this. Perhaps going on the Sunday talk shows and admitting you've changed some positions would help. You've shown you're intellectually up to the job of the President. Now show you're not a robot.
Posted by Carl Lindquist at 10:06 AM